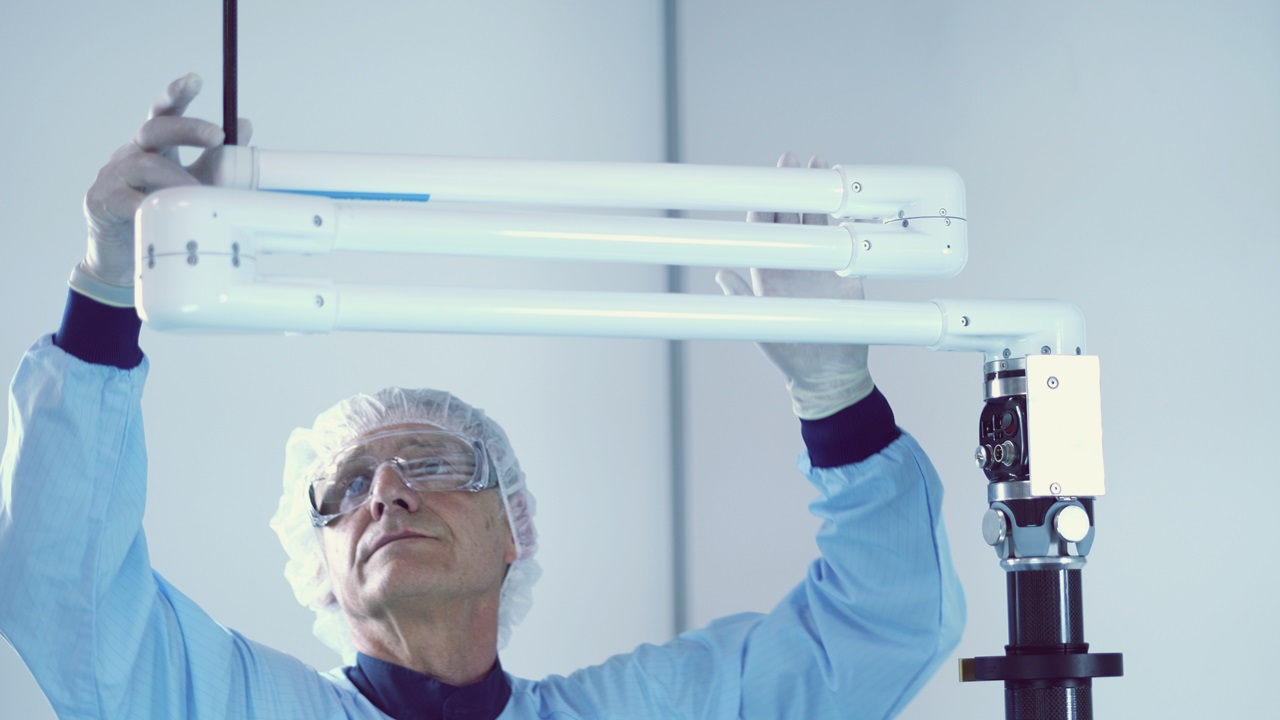 SmartCleanroomSolution is a young and innovative company that mainly focuses on automated particle measurement technology.

The core technology is the RobotScanFlex. The products origin and knowledge relies on the experience of the “Ingenieurbüro Dorfner GmbH”, whose founders are dealing with clean-room applications and qualifications for more than two decades.

As early as 1994, the “Ingenieurbüro Dorfner” started to improve its qualification technology by means of a robot-based system. The core focus was addressed to HEPA/ULPA filter-testing.

Starting from 1998, the earlier systems of the RobotScanFlex were successfully introduced for qualification tasks in the pharmaceutical industry. Ever since, the system became continually improved.

In 2012 the merger of four companies including the Ingenieurbüro Dorfner into the “InfraSolution AG” took place. Given this new structure, the strategic decision to start the product development RobotScanFlex was taken in 2013.

The innovation’s kick off took place in 2014 and was “ZIM”-funded by the Federal Ministry of Economics and Energy.
A young engineering team began to reconcile existing knowledge with the latest state of the art in robotics and particle measurement technology.

In addition to the hardware, all core software components that control the robot as well as the source code that performs particle analysis and evaluation were in-house developments from the very beginning.

Given this strategy, already at an early stage it was ensured that specific customer requirements can be handled in a very direct way.

The first prototype was exhibited at the Cleazone fair in Frankfurt in October 2015. Within this trade the product became the winner of the Cleanroom Award.

Together with the public availability of RobotScanFlex, SmartCleanrommSolutions GmbH was founded as an independent business unit and became integrated into the InfraSolution AG company group.